In our last post I discussed the type of person who would make a good executor or executrix. Sometimes, however, the Court has to appoint a person to be a decedent’s Personal Representative – if there is no Will, or if the Will was improperly prepared, or if it is lost or even if no one knows that one exists. When this happens the decedent is referred to as dying “intestate.” All that phrase means is that the decedent did not have a valid Will at the time of death.

the decedent’s estate, even if the decedent had no Will at the time of death. Whether a Personal Representative is needed depends on the kinds of assets that exist since certain assets do not need to be probated. For example, a house that is held by a husband and a wife as tenants by the entireties goes directly to the survivor without probate. Similarly, a life insurance policy leaving the proceeds to a named, living beneficiary goes directly to that person, without the Register of Wills office getting involved in the transaction. We will discuss the issues surrounding probate and non-probate assets more in later posts.

Who is appointed by the Register of Wills?

In Pennsylvania, the legislature has set forth in 20 Pa.C.S.A. §3155 that the following people may be appointed by the Register of Wills to serve in this role, in this specific order:

Generally speaking, the court will not appoint an administrator/administratrix until at least thirty days after the decedent’s death. 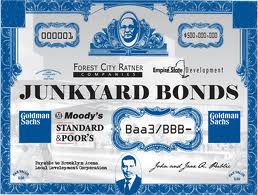 Many times people appointed as a Personal Representative by the Register of Wills have little or no experience with handling estate matters, and often do not know where to start. They are unaware of important deadlines that must be met and other rules that must be followed to handle the estate properly. We often are contacted by people who have started the process and then stopped, as the details became overwhelming.

If you are appointed the Personal Representative for a decedent and have no experience in these matters, we strongly recommend that you consult with an attorney who routinely handles estate administration for advice and assistance.

If you are involved in the administration of a decedent’s estate, you are welcome to contact us if with any questions you may have. We will continue to write about the many pre-death and post death issues that face every Personal Representative in administering the Estate of a decedent.